Most beautiful castles in Romania (+ fortified churches in Transylvania)

Wednesday December 25th, 2019By JessicaPosted in Corners of the World, Europe, Roemenië

Are you a big castle lover like me? Then Romania is a great destination for your next trip. There are many castles to visit, mainly in the region of Transylvania. Besides that this region has a lot of fortified churches, that were used in the past to protect the people during attacks. They are maybe not castles, but they have that same atmosphere, so I will include a couple of those in this article as well. In this blog I will share the most beautiful castles in Romania with you!

Most beautiful castles in Romania

I absolutely have to start with my favorite castle in Romania: Peleş Castle. It’s probably the most interesting and overwhelming castle that you will see in this country. It’s located in the village of Sinaia, at the foot of the Bucegi mountains. If there is only 1 castle that you can visit in Romania, please let it be this one. The castle is fairly new: they started with it in the nineteenth century, but it was completed only in 1914. It was used as a summer residence for the royal family. The king had German roots, so it’s no surprise you see a lot of German influences in this castle. The castle has many details and a lot of decoration. It can even be a bit overwhelming checking it all out. Did you know there are 14 different kinds of wood used in this castle? Or that Peleş Castle was the first castle in Europe that had electricity?

Also read: tips for a visit to Peleş Castle – my favorite castle in Romania

Really close to Peleş Castle you can find Pelisor Castle. This one is maybe less impressive, but it’s still a pretty cool castle. King Charles I gave instructions to build another castle next to his, for his nephew Ferdinand. His wife Marie was a really artistic person and you clearly see that in Pelisor Castle. She even helped as a painter in the castle. Especially in summer times it can be really busy in Peleş Castle, but Pelisor Castle won’t be that busy.

Another castle that is in this same area, but less well known is Cantacuzino Castle in Bușteni. This castle was completed in 1911 and was the property of the Cantacuzino family. The owner was even the richest man of Romania at that time. During communism times in Romania most of the furniture was removed and most walls were painted. After this period, in 1989, the castle was given back to the family again. Nowadays the castle is open for visitors. Most regular tours are in Romanian. Do you want to do the tour in English? Then it’s smart to call beforehand. From the castle and the gardens you have a nice view over the mountains of Bucegi.

This castle is a bit different than the usual castle you have seen. Because it’s not used as a castle, it’s not a historical building. Castelul de Lut is a private project and looks like a gigantic Hobbit house, made out of clay and sand. I wouldn’t change your itinerary only to see this building, but if you’re on the road from Fagaras to Sibiu it’s only a short detour.

Also read: 24 hours in Sibiu – the most photogenic city in Romania?

Bran Castle is famous because of Dracula. Although this fictional figure never lived (here). But anyway, now it’s the most famous and most visited sight in the country. Because of this tourists have high expectations of Bran Castle. I would suggest to adjust your expectations of the castle. It is a nice castle to visit, but the interior is less impressive than some other castles like Peleş or Corvin. Besides that it can be really busy during your visit – like you’re walking in a human train through the rooms. But it’s definitely worth a visit when you’re in Romania.

Extra tip: on your way from Brasov to Bran you will pass the citadel of Rasnov. Also a cool place to check out!

Also read: battle of the castles – Bran Castle or Peleş Castle in Romania?

The biggest castle in gotic style is the Corvin Castle in the village of Hunedoara. Because of this you will find the castle sometimes as the Castle of Hunedoara on the internet as well. How cool is it that this is one of the biggest castles in Europa? The oldest parts of the castle are from the fourteenth century, but some parts are renovated and build after that time as well. You can easily walk around here for 2 hours and check out the many different rooms and towers. At the courtyard you can find a well that has been dug by prisoners. If they could find any water the king would give them back their freedom. However, after 15 years of dugging they finally found water. The king passed away and the queen gave them the death penalty nonetheless.

Extra tip: not far from the parking lot of the castle you can find some pretty cool Angel Wings.

Also read: why should you travel to Romania? I give you 10 reasons!

Fortified churches are an unique sight that you can see in Transylvania in Romania. These were built back in the days to protect the farmers and people that lived outside of the city walls during attacks. Especially the attacks from the Ottoman Empire. It was an important refuge for the people in the area. In Transylvania you will find more than 150 fortified churches. The fortified church in Prejmer is one of the best preserved ones in the area. It’s also quite special to see all the rooms that are surrounding the church, in the walls. Every family in the area got a room assigned. So in case of attacks everyone knew where they could find shelter. Corners of the World, Europe, Roemenië

There are a lot of nice restaurants in Brasov in Romania, where you can have good and affordable food. There are restaurants with the typical Romanian dishes, but also the international cuisine you’ll find here. Think Italian, Mexican and French. In this blog I will share a couple of my favorite hotspots where you can LEES VERDER 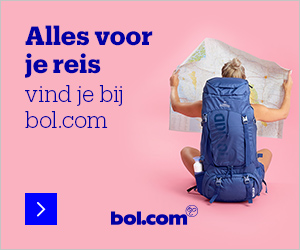